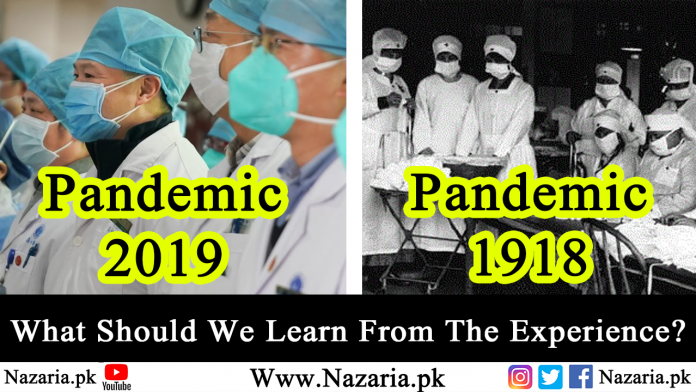 What did the Pandemic influenza do to India in 1918 and what should we learn from the experience.
Coronavirus is not the first pandemic attack on this planet, even before such pandemic spread into the earth that caused immeasurable harm to humans.
If we talk about the influenza outbreak in 1918, the disease had eliminated the one-third of the world’s population.

In India, the Influenza outbreak started from Gujarat at the beginning of 1918 and spread all over the country till June.
At that time Gandhi was 48 years old and he came from South Africa after 4 years.
Even Gandhi could not be saved from the plague of influenza. when the news of his illness spread that made the people grieved.
A local newspaper wrote: “Gandhi’s life is not Gandhi’s but it belongs to the life of India”.

In June 1918 this flu hit Mumbai and then began destroying the whole of India.
According to the health inspectors at that time, the virus comes in India like a thief enters a house at night and stolen everything. 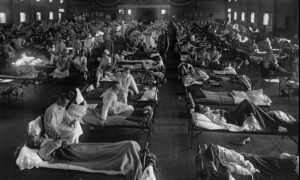 The second wave of the pandemic was extremely sharp. The wave spread in south India’s coastal areas.
The pandemic of 1918 caused the death of 17 to 18 million people in India, which was 6% of the population.
According to an estimate, the number of dead bodies was excessive and it was almost impossible to find wood to burn the bodies. 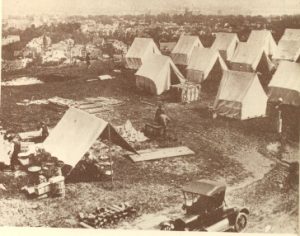 The famous Hindi writer and poet, Srikant Tripathi, known as Nirala, was one of the Indian people whose home was destroyed by an unmerciful epidemic.
Nirala writes that he lost his wife and several members of his family by the flu.
“My family,” he said, “disappeared from my eyes in the blink of an eye”.
It would be a painful condition faced by not only a writer but also by millions of people in India. 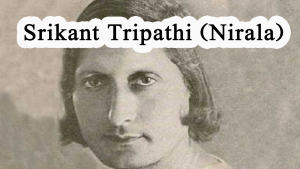 The drought had made the situation more severe, hunger was created and people had begun to be physically weak, due to which the disease easily attacked any human being.
When looking at the causes of the 1918 flu pandemic and its destruction, it comes to know that most people in India relied on traditional medicines, leaving whatever latest medicines were available in the world.

However, there are some striking resemblances between the two pandemics of 1918 and 2019.
In 1918, the experts advised people through newspapers to stay away from fairs, festivals, theaters, schools, public lecture halls, cinemas, entertainment parties and spend more time at their home and we all know these are the same guidance we are following today.
Even then, experts said that taking care of health and taking care of food during pandemic days is more important than normal days so the virus could not attack so quickly.

According to experts, 8 hours of sleep, a balanced diet and normal exercise can improve your immunity, which is especially important for fighting with coronavirus.
Dean of Ankara medical university advises people to eat yogurt, cheese, meat, fish, eggs, dry fruits, vegetables, and fruits to keep themselves strong in this difficult situation.
Even then doctors advised people to spend time alone at home. According to experts, to stay safe from the coronavirus, it is at least one meter and better to take a distance of 6 feet. And spend more time alone.
In 1918, Doctors advised people to clean their hands and their environment.
Today, experts have emphasized washing hands after every 2 hours. It is very important to describe here that people are also worried that the use of soap is better or sanitizer.
Experts said that Both sanitizer and soup can be used for the cleanliness of the hands but washing with soap is much better than sanitizer.
If you are using a sanitizer, keep in mind that it should contain at least 60% alcohol.
By following all these things and learning from previous experiences we can be able to secure ourselves.

What is Prickly Heat and Its treatment. Learn in new research