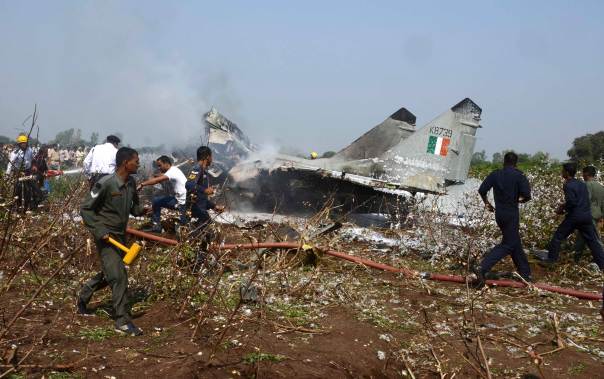 According to the Indian media, the Indian navy’s warplane Mig 29 falls in goa. The crashing plane was on a practice flight.
Indian navy said that there are no casualties in the accident. The pilot jumped on time and saved himself.
As per the initial information, the plan was a single-seater with a dual engine and the cause of the accident was a technical error in the engine.
Earlier in January 2018, Mig 29 crashed also in goa. the plane flew off the runway, it crashed immediately.
Plane falling incidents in India made people concerned and raised the question about the maintenance of military aircraft.
further, the Indian navy is being criticized on social media.