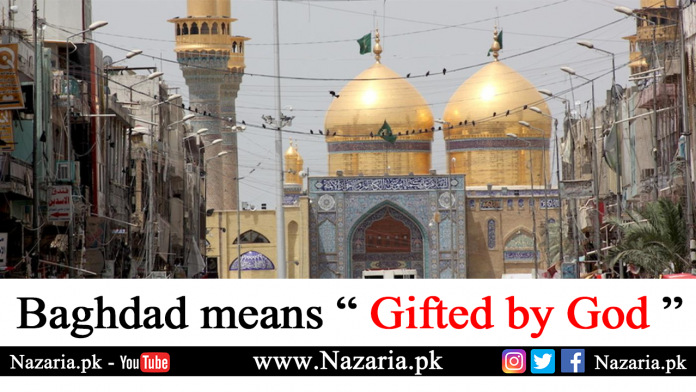 Do you know that almost every big city name is meaningful wherever it is located in the world?
Today, We will tell you the hidden meaning behind the names of famous cities and the short story associated with them, which will be very interesting for you.

Many scholars say about Afghanistan’s capital name “Kabul” is given by the Kambuja tribe which was the ancient Indian tribe. Which is also found in the ancient books of Sanskrit.
Kabul means “Hunchback” or “A man with curved spine”

There are many myths regarding this city of Afghanistan. According to Pashto opinions, its name was Alexandria and the meaning in the Persian language is “sweet”.
This city is famous for its sugary peaches, watermelons, and other delicious fruits. The word ”kand” means a wall and the complete meaning is ”a city with mountains on its all sides”.

Islamabad is the capital of Pakistan, it means the place where Islam (religion) is found.

Rawalpindi is also the city of Pakistan. Its name is combined with 2 different words, “Rawal” means tribe, while “Pindi” means a small village.
The complete meaning is “a small village of Rawal”

Karachi is the biggest city of Pakistan, the old name was kolachi.
kolachi was a fisherman who came to Karachi and lived near the seaport. Kolachi is also the name of the Baloch tribe whose native habitat is Makran. Gradually the name of the city kolachi was changed to Karachi.

Lahore was known as lava puri in ancient times, its meaning in Sanskrit is the city of lava, which was the son of the king of Raman.

The most familiar tradition behind the name of New Delhi is, In 50 BC it was established by a king dhillo yar dillu. The city was later called Delhi.

This city was named Agra from the Sanskrit word ” Agray wana” which means the border of the jungle.

Chennai is a Tamil word which means “face”, The city named due to the “Kesawa perumal” temple in Chennai.
This temple is described as the face of this city, the old name was Madras.

Doha is the capital of Qatar, in Arabic, the meaning of Doha is “sticky”. the complete meaning is ”A tree that can stick”.

Riyadh is the city of Saudi Arabia and its capital, Riyadh means the collection of gardens in Arabic.

According to the famous tradition, the mother of human beings and the wife of Adam is buried in Jeddah, in Arabic granny is called Jeddah, which is why the name of this city was named ”Jeddah”.

Dhaka is the metropolis of Bangladesh, the city was named after the Devi temple “dhakeshwari” built by Bilal Sina in 12 century which was later called Dhaka.

Cairo is the city of Egypt, which means victory.

Jakarta is the city in Indonesia, its name is taken from the Sanskrit word “Jayakarta” which means complete victory.

Tehran is the city of Iran and the capital, which means “Modern”

Its the capital of Iraq, in Persian it means “gifted by God”

Its name is made by 2 words of Latin and Greek language, which means “place of peace”.

Rabat is the city of Morocco which means “the place surrounded by four walls”.

Muscat is the city of Oman, which means a hidden place.

The word Singapore is derived from a Sanskrit word “samhapuri”, which means the city of lions, Samha means the lion in Sanskrit.

Washington DC is the capital of America. The city is named on George Washington, the first President of America, and dc means the “district of Colombia”.

Protests broke out in Britain against the killing of black American

When, why and who built the great wall of China?