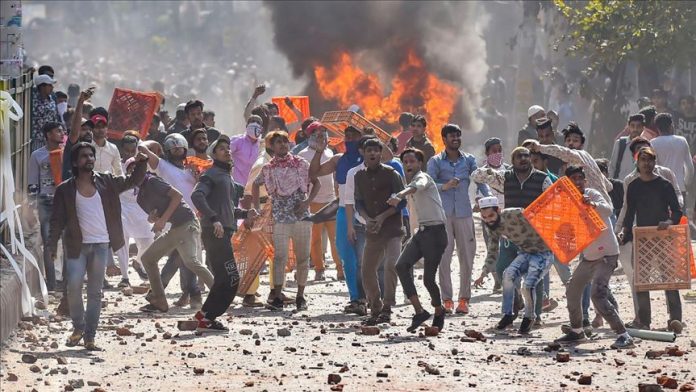 Religious protests and violence in the Indian metropolis New Delhi have so far taken the lives of at least 13 people while the number of wounded is more than 150.
In opposition to the new controversial law on citizenship of India, the series of sit-ins in several areas of the capital New Delhi has been going on for many weeks, and to oppose it, the ruling party BJP started protesting in the same areas in the fever of new citizenship bill where sit-ins were already underway. when the both protesting parties came face to face ,they fought each other.
Areas like bhajanpura, DHQ, karwal Nagar, moj Po, chand bagh and dayalpur in northeastern Delhi have been seriously affected by violence. The villagers set fire to homes, vehicles, and stores.